Jeremy Fink and the Meaning of Life movie, and Chris Colfer (again)

Cross-posted from the Blue Rose Girls 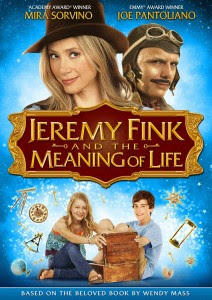 Wednesday night I went to the premier of the movie Jeremy Fink and the Meaning of Life based on the book by Wendy Mass. Wendy had been working with another editor at Little, Brown (hi Amy!), and when Amy left the company, I became Wendy's new editor, but Jeremy Fink and the Meaning of Life was the transition book--Amy freelance-edited the book from her new home in Maryland, and I was the in-house editor. I love this book--it's still one of my all-time favorite Wendy Mass books, and believe me, there's a lot of competition. But it's a great example of the type of book I love most--it's sweet, funny, and challenges the reader think about life. In this case, the literal meaning of life, of course. And the movie did the same for me. It's been quite a while since I've read the book, so it was wonderful to relive it on the big screen. It made me laugh, and it made me cry. There were a few differences from the book, of course, the most obvious being that Jeremy's mutant candy collection isn't in the movie--oh well.


The movie isn't going to be released in the theaters, but is currently available as an exclusive at Walmart, and then will be released more widely next Spring. See more info on Wendy's blog here. Also, I love that almost all of the commentors on Wendy's blog seem to be children. And they're so enthusiastic and insightful. I especially loved this comment from Ingrid H:

Awesome! The trailer was really cool! I’m kind of glad that it’s not
coming to every theater, since it’s sort of an off-beat book, and that
would make it more main stream. Congrats Wendy!


Most of the stars of the movie, including Mira Sorvino, were in attendance. Mira's children and father (actor Paul Sorvino) were also there. The event ended quite late (almost 10 pm), and Mira's young son was crying that he needed to go "to his house" because "it's so dark outside"--of course, this was right outside the theater under bright lights--I guess this was his way of saying that it was late and he was tired. Poor kid


We did a media tie-in edition cover to coincide with the movie. We pretty much used the movie poster design, but decided to focus on just the kids: 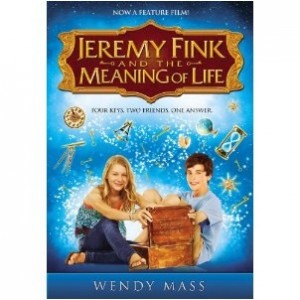 But the original design with the keys still exists: 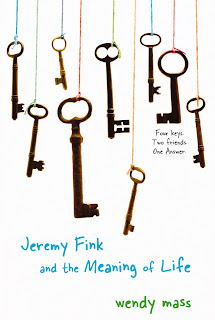 Congratulations to everyone involved in the movie! Thank you for bringing this book to life. 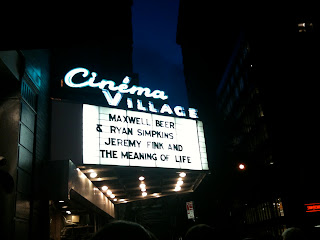 On Saturday evening, I went to the New Yorker Festival to see Chris Colfer interviewed by New Yorker editor Susan Morrison. There a great wrap-up of the evening here. I was especially fascinated by the audience, which seemed to be mainly young, avid fans of Glee and Chris's specifically. The Billboard.com wrap-up I linked to had a great description:

His answers were met with aws, gasps and giggles from the audience, who made a mad dash to microphones during the Q&A to express their nervous adoration and question him on a variety of topics ranging from what it's like to kiss his on-screen boyfriend Darren Criss, ("Darren's a good kisser. And he knows it.") to what parts of himself he wished were in Kurt ("He was very lonely,  but I wish he didn't feel like he need someone to be loved. It was a lesson for me as well.").

And when asked about his book deal, props to Chris for mentioning Little, Brown by name!

He also briefly discussed his forthcoming novel, a children's book called "The Land of Stories," which he said he'd been thinking about since he was seven years old, when his younger sister was diagnosed with a rare from of epilepsy and he was seeking an escape.

"I had this old book of fairytales that my mom was given by her mom. I'll never forget because you opened the pages and all the illustrations were actual pictures of dolls in freeze form of the story," Colfer shared. "I remember in the moment never wanting an escape more ever, I wanted to literally dive into the book. I then came up with the story about these two twins that went to fairytale world and all the adventures they had, adventures I wanted to experience rather than what I was going through.  I promised myself then if I ever had the opportunity to write it in a book, I would."  Now Colfer has a two-book deal with Little Brown, with the first installment due out August 2012.


Now, I just have to finish editing The Land of Stories so all of Chris's fans can actually read it!
Posted by alvinaling at 12:00 PM