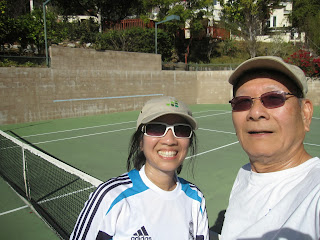 Happy New Year to you too Alvina! This is a Great Blog!
And..thanks for a very interesting and informative talk at the CBIG meeting last Jan 12.
Here is mine: http://mariamadonnadavidoffsblog.blogspot.com/

I was actually trying to reach you in a business capacity, searching for contact information. But when I came across your blogsite my heart just went out to you and your family at the love and strength you all share in seeing the positive beyond the hardships of an unexpected hurdle in life. God Bless you and I will keep a prayerful thought that you all remain well and happy! Holly Simone