On my flight back to NYC from Dallas, I decide to watch the movie Late Night, that Mindy Kaling/Emma Thompson movie. I find it entertaining enough, and it even moves me to tears a few times. And then, towards the end of the movie, Emma Thompson’s character goes to Mindy Kaling’s new apartment (supposedly out in Coney Island), and ends up climbing the stairs to her apartment. As she climbs the stairs, I think—uh, those stairs looks familiar. Those look like the stairs in the apartment Greg and I lived in Crown Heights for three years. They looked like the stairs in the apartment we were living in when he died. 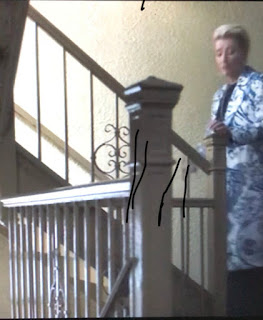 But, no. So many stairwells in NYC apartments looks similar, right? It can’t be.

But, then she’s up the stairs and all of a sudden she’s knocking on apartment 6C. We lived in 6C. It’s the exact apartment Greg and I lived in. 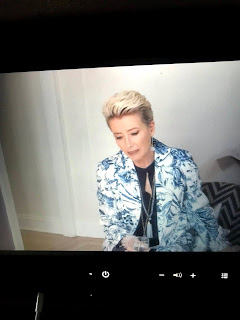 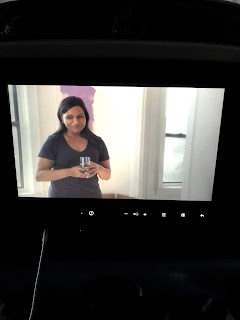 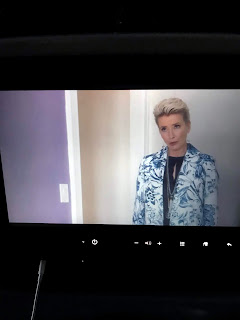 And then I had to laugh a little, because we all talk about trigger warnings, and this movie should have had one just for me: "Alvina Ling, please be advised that this movie will feature the apartment that you and your husband were living in together when he died." But really, now that it’s been almost four years since Greg died, I’m used to it. I mean, so many things remind me of Greg, but I don’t get emotional. I can recount story after story about him without feeling sad (usually). I live a block away from that apartment, on the exact same street, and I walk by that apartment multiple times a week and although I do always take note, I'm fine. But seeing the inside of that specific apartment so unexpectedly was...well, startling.

But, I do love coincidences, though. I mean, really--what are the chances? So, I felt compelled to share.
Posted by alvinaling at 9:52 PM

That is one hell of a coincidence. I’s kind of- magical.

You dont think he clued you in Alvina? Of course he did. He is with you all the time. The body passes. The spirit stays and protects. I know that to be true. Just know that was part of it.

Alvina, when I read this I immediately wanted to say so many things. I could feel my responses rolling in. And yet now that I'm actually writing, what feels best is just to say thank you for sharing this experience. Xox


You need to wait until you find the right person when hiring a new employee.playbazaar Hiring someone that you know will not be a good fit is a waste of time to both you and difficulty in remedying the problem.satta king