Over on the Blue Rose Girls blog, I posted my work-related New Year's resolutions. Every year, for as long as I can remember, I've made New Year's resolutions. And in some cases, they've really helped me change my behavior for the better. For example, one year I resolved to floss more (I think I said at least four nights a week), and now I floss every night. There was my resolution to get out of debt and start saving. And, of course, there's my "no candy" resolution. Basically, I use resolutions as a way to  curb bad behaviors, create better habits, and encourage myself to do fun/different things!
Here are my resolutions for 2011:


-Don't buy any new clothes for myself (excluding accessories and necessities, for example: underwear, socks, jewelry, shoes, etc.)
-Maintain current weight (or lose)
-Save an average of XX a month (I'm keeping the actual amount private)
-Read average of 1.5 published books per month. Read at least three adult books this year.
-Do more cultural activities (shows, concerts, museums)--at least 10 a year
-Eat candy no more than once a month, on average
-Get 4,000 followers on Twitter
-Post on bloomabilities at least once a month (I resolve to do this every year. I'm really going to do it this year!)
-Clean my apt. at least a little bit once a week
-De-clutter and fully set-up the apt (there are still unresolved corners left over from my move in June)
-Go horseback riding
-Dress up for Halloween
-Get my golf game down to 70 for 9 holes (or, at least, to the level where I can actually count my shots accurately!)
-Exercise at least 120 times
-Run at least a half marathon
-Go on at least two long bike rides
-Schedule at least one night a week for unscheduled time (you get what I mean...)
***
I have a very long wrap-up post about ALA Midwinter here, complete with food pictures!
Posted by alvinaling at 9:53 AM 1 comment:

I haven't made an animoto video in ages, and so when I saw Grace's year-end video, I was inspired to make one of my own. Except mine is quite a bit longer. What can I say, I'm still photo crazy! 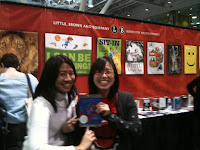 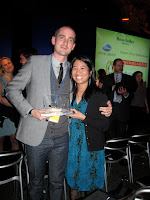 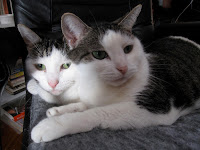 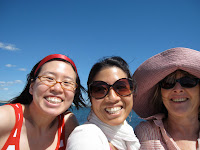 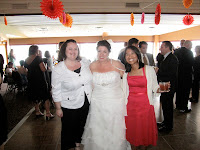 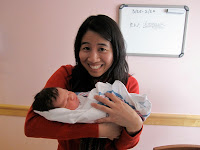