When Greg was in the hospital, and was fairly sure he was dying, he made all kinds of preparations, including writing down for me exactly what he wanted on his gravestone, and where he wanted to be buried. 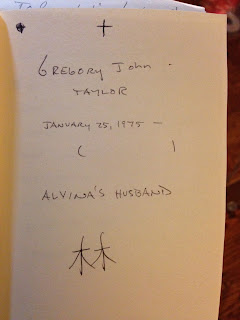 Yesterday, I was sent this photo: 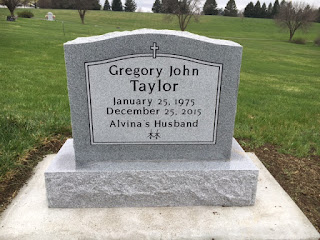 The subject line just said "Stone" and I opened it without thinking, and there it was. I knew it was coming--after all, I had chosen the stone and seen a proof of what it would look like back in January. I knew it would take some time to make, and wouldn't be placed until Spring, after the ground thawed. Still--it was unexpected, and I probably shouldn't have opened the email at work.

But, it's beautiful. And I'm at peace knowing that this is what Greg wanted. And as several friends have told me, it's such a testament to our love. It's just so surreal and sobering thinking that his body is buried underneath there.

Someday I'll travel out to Iowa to see it in person.

Spring has arrived in New York. The weather has been absolutely gorgeous. I've been going on runs and long walks. Surrounding myself with friends and family. I've been apartment hunting (looking to potentially buy a place). I've been traveling for pleasure (Sedona and the Grand Canyon) and for work (the Bologna Book Fair in Italy). My life is good. But, of course, I miss Greg every day.
Posted by alvinaling at 10:59 PM 4 comments: