I had used the title (Vegas, baby, Vegas) in the subject line in an email I sent Sachin when we were planning the trip, and weeks later he asked me if it was a line from a movie. Uhh, helloooo? Swingers! But he had never seen it, and thought it a weird coincidence that I used the same exact line as his friend who had sent out an email about his bachelor party a few months earlier. Anyway, Swingers was actually on tv while we were there, but we only caught the end of it. I love that movie. 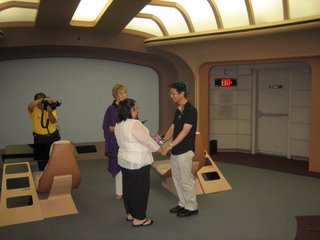 Just wanted to share some pics from our Vegas trip for, as I mentioned earlier, my brother Felix and his wife Erika's renewal of their wedding vows. The ceremony was sweet and silly and appropriate, and we had a fun dinner afterwards at Quarks, the Star Trek-themed restaurant where we had a little too much to drink and got a bit nauseated afterwards on the ride. 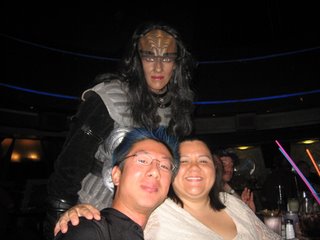 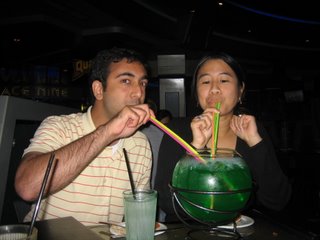 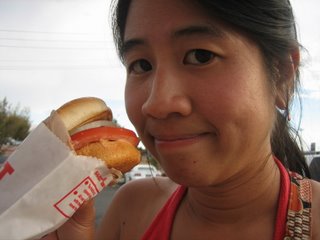 Sachin and I hiked to In-n-Out on our first day there--had to do it (his first trip--to both Vegas and In-n-Out). I didn't think we could walk there, as I had always driven there before, and other people expressed doubt that we could walk there as well, but as we were carless, we took on the challenge. It's hard to walk in a non-pedestrian-designed city, and it proved to be an adventure, but we made it there and back (had to climb up the sides of a freeway overpast to do it), and it was worth it. 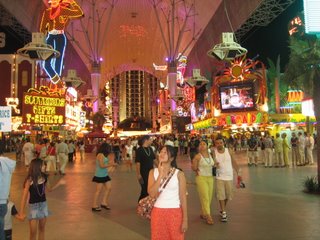 Also ventured out with my parents to Old Town/downtown Las Vegas, where I had never been. Pretty cool. Overall, I ate too much, drank too much, sat in the sun too much--in other words, the perfect vacation.

Now on to my birthday festivities!
Posted by alvinaling at 6:26 PM

Yay, I'm so glad you could make it! Sweet and silly and appropriate, huh? I like that. I thought maybe we were just silly.

Tee hee hee, I'm writing this in your living room as you're preparing hot pockets before we go see Spamalot!